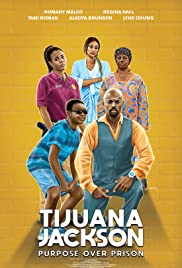 Released from prison and placed on probation, Tijuana Jackson sets out to fulfill his dream of becoming a world renowned motivational speaker but fails to comply with strict orders from his no-nonsense probation officer. Chasing a life changing opportunity, he violates his parole, flees his jurisdiction, abandoning his family and community in the process. Facing more jail time and cut off from the only support system he's ever had, TJ must master the art of achieving selfless success through serving his community or fail miserably serving time.