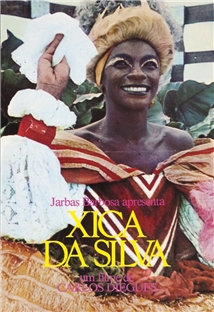 In the 18th century, in Minas Gerais, the Portuguese mined diamonds and gold. Joao Fernandes de Oliveira arrives from Lisbon with the Crown's exclusive contract for mining diamonds. He quickly asserts control, letting the intendant and other authorities know that he's onto their corruption. Xica, a slave of the local sergeant-major and possessed of phenomenal sexual drive and tricks that cause men to howl with pleasure, quickly captures Joao. He denies her no extravagance; miners die for his greed. Eventually Lisbon hears of Joao's excesses and sends an inspector. José, a political radical, provides Xica refuge; her unrelenting sexual tingle is Brazil's spirit.